Sometimes we don’t fit inside the lines someone else tries to put us in. In 2 Timothy 2:9, Paul wrote “The Word of God is not chained.” With that in mind, Mustard Seed Thoughts begins a new series of books that examine frequently asked questions about the Christian faith and the author’s struggle to find answers. She shares her thoughts in the hope that they help seekers, skeptics, and believers reach a better understanding for themselves and their own spiritual growth.

“Mustard Seed Thoughts is best consumed one chapter at a time with time afforded to ponder the questions at the end of each chapter. Not everyone will agree with every statement, position, or conclusion, but readers will certainly come away with a lot to think about. Rich with history about the Christian church, this book will appeal to those seeking understanding and guidance, a fresh perspective on spirituality, as well as a desire to question assumptions while hoping to strengthen faith.”

THE SCRAPING sounds of the front double doors and the outside storm doors being forced open in the wintry night awake me. I can hear people talking ever so quietly in the front hall. My older sister in the bed beside me sleeps on. The time I have prayed for and against is now. I know my mother is dead. Her pain and her three-year battle with cancer are over.

I am 11 years old. The next few days are busy with funeral preparations, family, and friends. Then my father, three brothers, two sisters and I are by ourselves. Platitudes such as “She was too good to live” and “God took her home” were people’s well-meaning efforts to comfort me and to answer my questions: “Why did she get sick?” “Why did she suffer?” “Why did she have to die?” “Why did God take her away?” “Where is she now?” “Where or what is heaven?” These questions haunted me for years. I never questioned the existence of God, only people’s expectations of and explanations about God.

I remember a special trip I made to my father’s office to ask him specific questions about my mother’s death. I wanted to be alone with him and to hear from him where my mother was. He listened not too patiently. Looking back after these many years, no doubt his grief and doubts were just as great as my own. The difference was that he had the maturity to know that doubt is often a partner of belief. For me, his abbreviated answers lacked clarity. I did not understand what he told me, and he gave me no opportunity for questions and discussion. That is when I decided to keep my questions and doubts about God to myself. I moved to the sidelines and waited for a meaningful dialogue to begin.

When I became old enough to leave home, I did. I went from a small town in Northwest New Jersey to San Francisco. After establishing residency, I entered the University of California at Berkeley. There my intellectual world burst wide open. For the first time in my life, I learned about different world views in a pluralistic environment. I examined the worthiness of these perspectives. From then on I realized that our beliefs about God, acceptance or rejection of different modes of knowing, and the impact of culture and science on our consciousness, all shape our religious sensibilities.

When my daughter entered seventh grade, I accepted the position of Director of Christian Education in an Episcopal Church. This job was a high-water mark in my life. It helped change my views regarding women in the ministry. Parishioners responded to and affirmed my leadership gifts. My experience as daughter, wife, mother, and English teacher prepared me well, but not well enough. I lacked proper theological education that could unwittingly distort the Christian gospel. Self-education was barely meeting the increasing demands expected of me. A church member suggested that I audit some classes at Yale Divinity School. And so I did. What amazed me was the number of women my age in attendance who were seeking ordination. So I listened to my inner call to become a minister. I resigned my position and enrolled as a full-time student at Yale University’s Divinity School.

My decades-old questions only raised more questions. This book and future books in this series will reflect on my thoughts on my spiritual journey. The Bible has been and will continue to be my guide in living the Christian life.

Unfortunately, many religious historians, theologians, and authors influence the Christian church’s agenda. Some may be undeclared atheists, Gnostics, ideologues, or opportunists who capitalize on people’s biblical and theological ignorance and vulnerability. Their impact on religious leaders, lay teachers, and believing individuals may create doubt, tension, and unreflective, uncritical acceptance of many Christian and not-so-Christian beliefs. Part of my struggle, and no doubt yours, has been to discern whose position can be trusted.

ONE STUMBLING block for many people is how the Old and New Testament Bible came into existence and why it is considered Holy Scripture for Christians.

Both the Old and New Testaments developed along similar lines. But the Old Testament took a much longer time to develop. They both began as an oral tradition.

Many of the stories we find in the Old Testament were memorized, told, and retold by illiterate tribal storytellers for at least 1,000 years before they were put into writing. That means that these oral stories began some 4,500 years ago.

Because King David was concerned that these Bible stories would be lost forever, he hired scribes to travel into the country- side where the tribal storytellers lived. The scribes wrote down every story that the various storytellers knew about their people.

The process of putting these stories into written form began around the year 950 BCE (before the Common Era or B.C.). It took another 200 years for the Jewish people to collect, combine/merge/edit, and piece together all existing stories into one story.

After this time period, we have additional books written for or by various prophets.

Canon refers to the books selected to be in the Bible. The Old Testament books had to be judged as to their truth and spiritual value. After the fall and destruction of Jerusalem in 70 CE (Common Era or A.D.), the Pharisees concentrated on collecting all known books. Then they held the Council of Jamnia in 90 CE to decide which books should be considered Jewish Holy Scripture and the books that form our Old Testament and their Holy Scripture.

New Testament writings began sometime after 46 CE with the letters of Paul. Before Paul’s letters, the gospel message was oral. Very little was in written format. The gospel of Mark is the oldest of the four gospels and was believed to have been written between 64 and 75 CE. This time period includes the war and the destruction of the Temple. The gospel of John was the last one written. It could have been written as early as 90 CE and as late as 120 CE.

Even though the process of developing the New Testament was much shorter and covered events that happened in less than 100 years (as compared to more than 2,000 years for the Old Testament), both the Old and New Testaments went through the same process from Oral Tradition to Written Form, then Collected and Edited to become the Christian Canon.

In 382 CE, the Council of Rome made the final decision as to which gospels, books, and letters were accepted into what is now our New Testament. For instance, the gospel of Thomas was not included in our New Testament because it did not meet the criteria of being widely used and did not represent the beliefs of most Christians. The three main criteria for the acceptance of writings into the New Testament were as follows:

1. Apostolic origin—an apostle wrote or authorized the materials to be written.

3. Catholicity—that is, extent of use—extended acceptance and use of the particular materials in many of the early Christian communities.

Some other considerations for the works included in the Bible were inspiration, authority, and canon.

4. Inspiration alone was too broad a category. The Council assumed all documents under consideration were by inspired authors. Therefore, inspiration was an insufficient reason for canonization.

5. Authority and canon shaped the final form of the Bible. Authority went before the canon; i.e., Paul claimed to be an “Apostle to the Gentiles”, inspired by the Holy Spirit, which granted him authority in his dealings with God’s churches. Also the church itself held the authority to decide what books would be part of the canon.

Throughout the centuries, prophesy continued through other writers. Their works did not become canonical, because they did not meet these first three criteria.

The early church never claimed that God dictated the Bible. To the early church, the Bible was a collection of writings anchored in history and brought together into a canon by a thoroughly historical process. The power of the New Testament writings rested in their status as the expression of other people’s experiences, prayers, and revelations with and about God. The wording of the Bible in every instance depended on the decisions of authors and/or editors.

In canonizing certain writings, the Christian church acknowledges them and empowers them to set the norm for faith and life; they would be the criteria by which the church would gauge its faithfulness. In creating the canon, the church subjected itself to these writings as its standard.

The Bible—both Old and New Testaments—is multilayered faith literature. It is the end product of a long and complex history spanning thousands of years. Many cultures affected it, and in its final form it reflects a wide variety of backgrounds and situations. 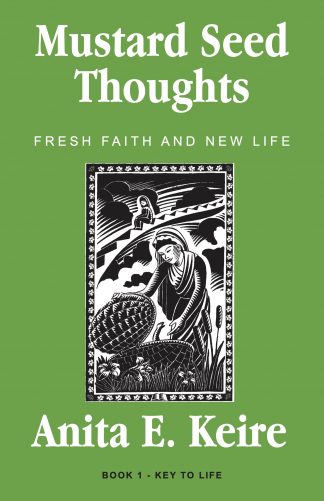