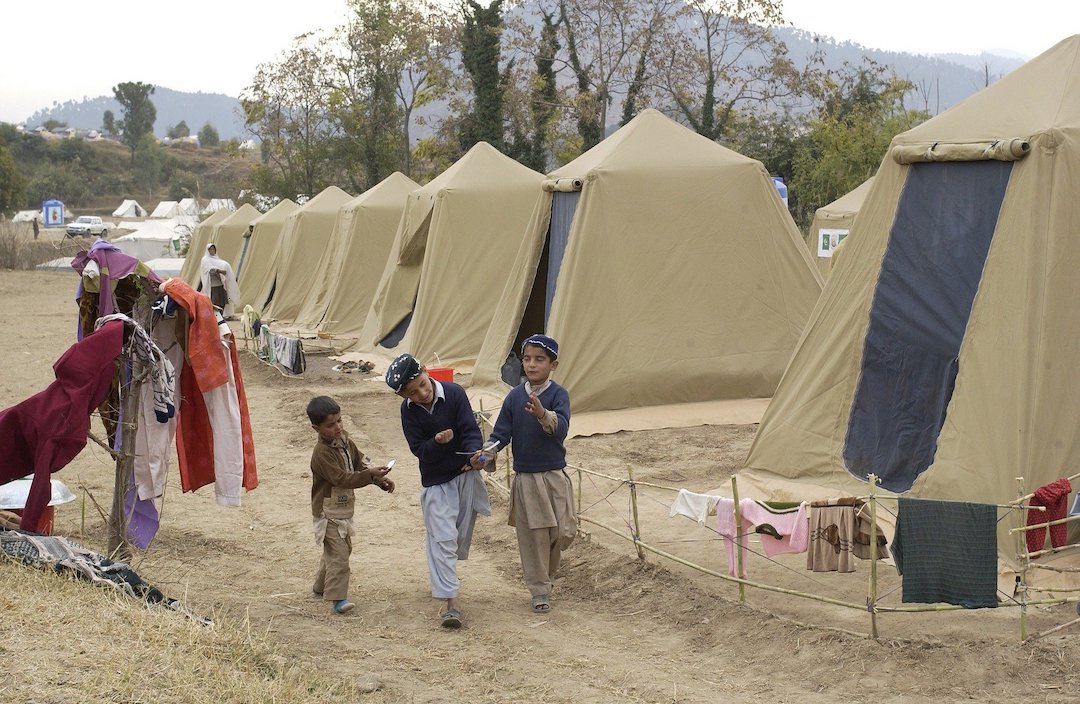 Happenings in today’s world distresses most people and me. Yet some of my friends do not even want to stay informed. They figure what will be will be, and they will deal with it when it happens. Elie Wiesel, a Holocaust survivor, believes the worst sin anyone can commit is to be silent in the face of evil. When he accepted the award for the Nobel Peace Prize on December 10, 1986, he said the following in his acceptance speech.

We must always take sides. Neutrality helps the oppressor, never the victim. Silence encourages the tormentor, never the tormented. Sometimes we must interfere. When human lives are endangered, when human dignity is in jeopardy, national borders and sensitivities become irrelevant. Wherever men or women are persecuted because of their race, religion, or political views, that place must—at that moment—become the center of the Universe.

History is full of people, mostly men, who sought power and economic advantage over the lives of others through predatory practices. In the United States, Martin Luther King, Jr., and Elijah Cummings are two shining examples from a persecuted minority who challenged all predatory and unjust practices against their race and other under-represented and voiceless minorities. Unafraid, they rose up and shined a bright light for people to follow and to stand firm against the injustices practiced against all of them.

I pray that people of conscience will also rise up and do the same against racism, genocidal practices against the Kurds in Syria, Myanmar Rohingya Muslims, Yazidis, and the Uyghur Muslims in China. Persecuted minorities need the United States and the world’s protection against all predators, not withdrawal, silence, and the giving of green lights to the predators. We should not be pulled into darkness.

This holds true for evil cartels in countries such as Mexico and Central America where protection money must be paid by innocent civilians if they wish to stay alive and keep their children from being drafted into the cartels to be foot soldiers and sex slaves. We need to willingly leave our comfort zone to aid and assist vulnerable people who are preyed upon in this world. It is my hope that young people like Greta Thunberg will start a movement that challenges people of all ages to rise up with them and leave their comfort zone to shine a light on predators and their evil practices.

I pray that people will accept God’s calling to protect the innocent and vulnerable. May God bless, guide and protect them and give them the courage, energy, and wisdom necessary to confront and overcome all obstacles. May predators and their predatory practices be brought to justice so that peace and good will reign forever.

A Refugee’s Thanksgiving – My Husband’s Story

In the July 3, 2019, edition of The Christian Century, publisher Peter W. Marty wrote an article on Zero-sum living. Zero-sum game theory works on the basis that there must be winners and losers in this life of ours. He writes:

The scorekeeping and power displays inherent in this win-or-lose approach are uninspiring at best and vengeful at worst. There’s nothing lovely in thinking that my happiness requires someone else to be unhappy or that my appreciation for what I have in life depends on someone else having less.

Zero-sum living rears its head in our nation’s political life, in sports, in immigration policies, in economics, in protection of our environment, etc. Most disconcerting is when it mixes with the gospel. Marty writes:

Some Christians wonder what joy their salvation will bring if God saves everyone—as if joy in salvation depends on the misery of some people being damned. This kind of perverse zero-sum thinking has no place in the economy of God.

On the other hand, we must recognize that there will always be winners and losers in certain endeavors. Some people are more gifted as doctors, lawyers, scientists, mathematicians, manual laborers, artists, authors, musicians, and artists. Realizing one’s limitations can be a good thing. Why try to be something you either have no interest in or no talents. We all learn to be resilient through our loses and/or through our limitations. We learn by doing and hopefully be a contributing member of society.

Maya Angelou has two statements that should be considered. They are:

You may not control all the events that happen to you, but you can decide not to be reduced by them.

The earth is the Lord’s and all that is in it, the world, and those who live in it;
for he has founded it on the seas, and established it on the rivers. (Psalm 24:1-2)

If the earth is the Lord’s and all that is in it, why do politicians and businesses rule the day in dialing back the Clean Air Act by continuing to pollute the air we breathe and the water we drink? Why do they allow deforestation through logging, mining, water pollution, coal-powered electric-generating plants, the impending extinction of wild life plants, animals, and sea life, and so on? Do we not all have a very short life span on this earth to be followed by succeeding generations who also have a short life span?

Greta Thunberg, a 16-year-old Swedish environmental activist, and millions of other like-minded people are crusading to stop everything that contributes to climate change and its impact on their future. Economics and income inequality contribute to this complicated and vicious cycle of exploitation.

Those people who profit from ravaging the environment state that the science behind our foreseeable environmental catastrophe cannot be proved. To me, that posture is similar to the naysayers who said we couldn’t put a man on the moon or that the earth is round.

Personal gain created twentieth century jobs in polluting industries that lifted people out of poverty even though they were subjected to black-lung and other diseases. Therefore, people are afraid to challenge businesses and politicians who allow the degradation of our environment because of the impact it will have on their economic well-being.

Greta and people like her have the backbone and determination to challenge our earthly predators who enact laws that benefit them, their bank accounts, and fleece the world’s natural resources. She and others are trying to save their and our future in this world. 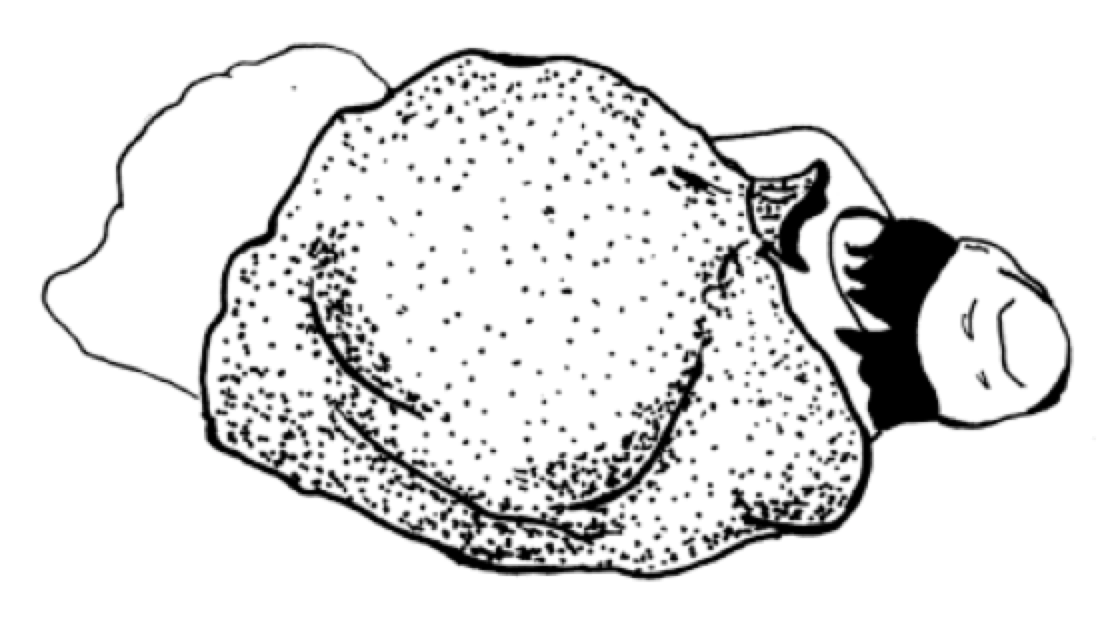 A man in the crowd asks Jesus to tell his brother to divide the family inheritance with him. Jesus’ response is a warning. He says:

Take care! Be on your guard against all kinds of greed; for one’s life does not consist in the abundance of possessions. Luke 12:15

END_OF_DOCUMENT_TOKEN_TO_BE_REPLACED

As we remember our fallen men and women in uniform on Memorial Day Weekend, I think of my husband’s role as a soldier in the Korean War. He was just 20 years old when drafted into the army and had not been in the United States for even a year. His father died when he was eight-years old. He, his mother, sister, and two brothers were on the Soviets’ deportation list to Siberia because they were part of the intelligentsia. They were fortunate to escape Latvia as the Soviets were invading. But they had to leave everything behind except for the clothes on their backs and what they could carry in a few suitcases.

END_OF_DOCUMENT_TOKEN_TO_BE_REPLACED

On a hill far away stood an old rugged cross,
The emblem of suffering and shame;
And I love that old cross where the dearest and best
For a world of lost sinners was slain. END_OF_DOCUMENT_TOKEN_TO_BE_REPLACED 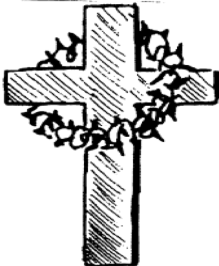 One thing we can learn from the resurrection of Jesus is that what looked like a dead end is just the beginning of new life. The same applies to the life cycle found in nature. Spring has arrived. Trees and plants are coming to life. Soon they will be in full bloom fulfilling the purpose for their existence. END_OF_DOCUMENT_TOKEN_TO_BE_REPLACED

Ambition, Power, and the Grim Reaper

This photo of the Grim Reaper fascinates me. It tells me most people are uninterested in him and are oblivious to him. No crowds form around him. The people sitting behind him and the woman walking and reading a book probably don’t see him and her surroundings. END_OF_DOCUMENT_TOKEN_TO_BE_REPLACED

Many people like to say that Jesus was somehow resuscitated and therefore freed himself from his prison tomb. What do you think? END_OF_DOCUMENT_TOKEN_TO_BE_REPLACED