The Spirit of the Lord is upon me, because he has anointed me to bring good news to the poor. He has sent me to proclaim release to the captives and recovery of sight to the blind, to let the oppressed go free, to proclaim the year of the Lord’s favor. 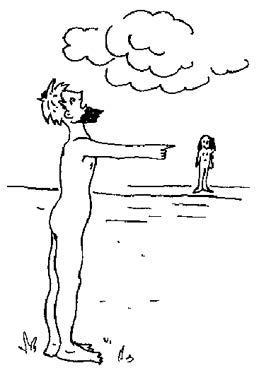 Egoist and those who hold themselves in high esteem want the world to acknowledge their worthiness. Therefore, any flaws in their character or mistakes made by them are denied and blamed on another person, group, or tribe. This behavior existed in Jesus’ time and exists in our time. The Jerusalem Sanhedrin was the Jewish governing body dominated by Pharisees and Sadducees. They gained their power over the Jewish population because of their cooperation with Herod, Pilate, and Rome. Jesus’ mission statement of Luke 4:18-19 gave hope to the oppressed and posed a threat to the strongman politics of the establishment who wanted to maintain their wealth, power, and comfort at the expense of others. Jesus introduced a new way of freely living as God’s people. His followers stood up to the evils of their day even if it brought death. Jesus’ enemies manipulated a mindless mob. His enemies hated, rejected, and scorned Him. They had Him crucified as a traitor and insurrectionist. The danger here is that such mental tricks were used then and are used today to justify the mentality and behavior of hate groups that discriminate against people who are a perceived threat to their security, inflated self-esteem, and desired authority and power. The Pharisees and Sadducees of Jesus’ day used the Law to hide behind their failed responsibilities to the Jewish people. Similar alignments exist today but have an even greater impact because of the use of mass media indoctrination that reinforces people’s prejudices and divisions.

On a lighter note, you might enjoy a few quips on this subject some taken or adapted from E.C. McKenzie’s 14,000 Quips & Quotes.

It is absolutely necessary to teach your children of the inherent flaws in inflating their self-esteem at the expense of others. Instead help them develop greater knowledge of and a relationship with God. Teach them to defeat evil with good. Pray with them for God’s shalom which frees us from internal and external conflict and from unjust barriers between people. Shalom is the experience of God’s grace and tranquility of heart. Though wars and conflicts may not cease in our lifetime, God will help us withstand these distresses and will give us the peace that passes all understanding which the world can neither give to us nor take away.