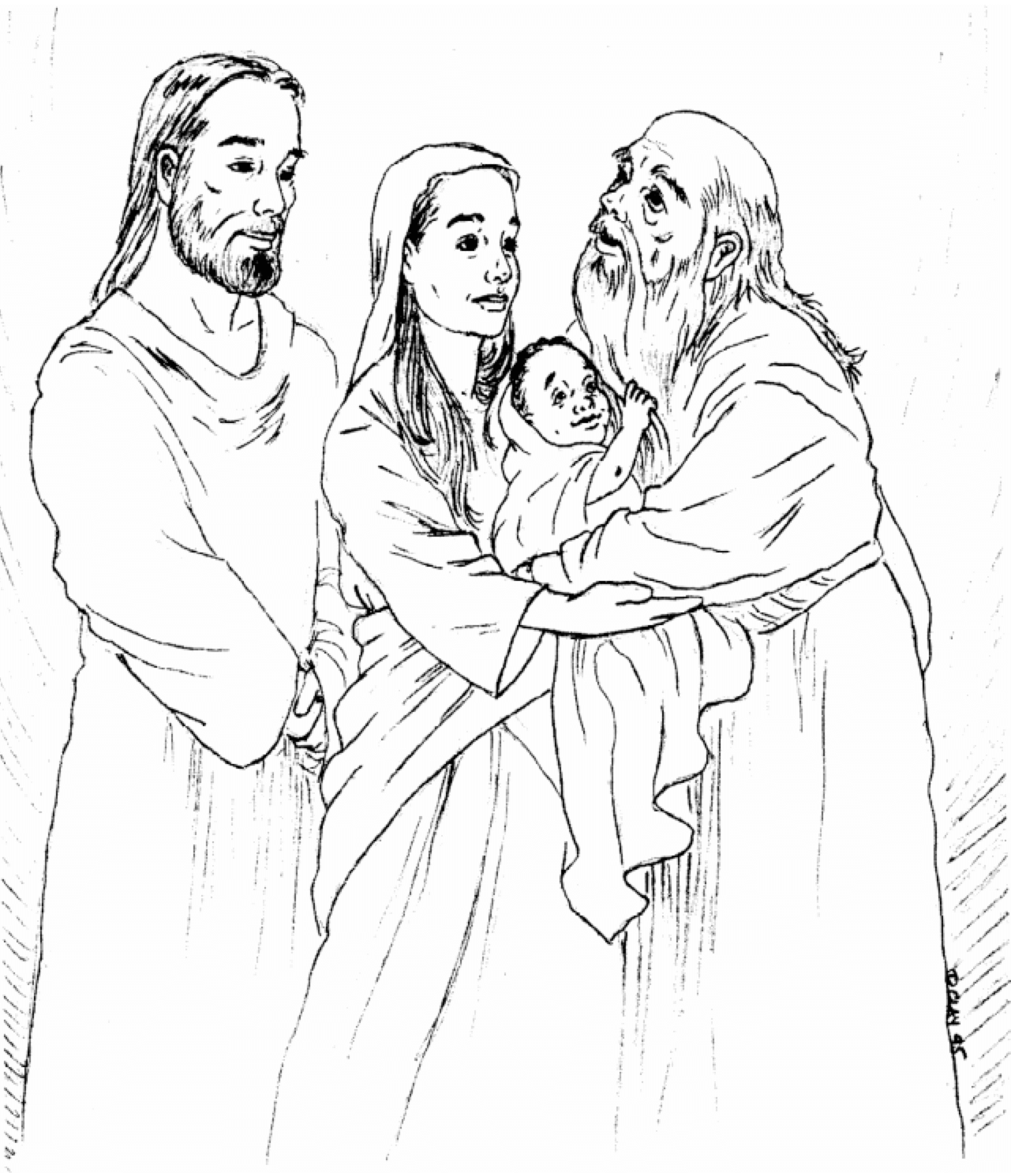 Nothing is more adorable than a new born baby especially when the child is our own. As proud parents, we start to plan a successful pathway into the future for our baby. The possibilities are unlimited.

When Mary accepts God’s invitation to be the mother of Jesus, she is overjoyed with thoughts of greatness for herself and for Jesus. The visits of the shepherds only reinforce these beliefs. But Mary soon learns when she presents the baby Jesus in the Temple that her dreams are a mirage. Simeon, an old man who believed he would not see death until he had seen the Lord’s Messiah, takes Jesus into his arms and thanks God for letting him see the salvation of the world. Then he says to Mary, “This child is destined for the falling and the rising of many in Israel, and to be a sign that will be opposed so that the inner thoughts of many will be revealed—and a sword will pierce your own soul too.” (Luke 2:34-35)

No mother, however insensitive, wants to hear the future of her precious child to be tragic. Yet Jesus is a gift to her and to the world. Among the many gifts we give to each other at Christmas, the most important one is the gift of Jesus. Many do not open or accept this gift. Why?

During World War II, a name was coined by French doctors for a disease that made its appearance in prison camps. They called it “barbed-wire sickness.” One of its symptoms was an appalling sense of futility and meaninglessness of existence. For many, this barbed-wire sickness affects the human spirit today. The source for it is the loss of the perspective and the dimension of the eternal. Life is closed in on itself.

People living in ghettos and/or refugee camps often exhibit symptoms of barbed-wire sickness. Some people have no hope, no energy, and insufficient education to enable them to get themselves out of their present prison. Others escape by joining cults, terrorists’ groups, hate and white supremacy groups that seem to give them meaning, purpose and direction for their lives.

Some well-off citizens suffer this sickness, too. They become obsessed with money and possessions. This self-imposed barbed-wire sickness was captured by Charles Dickens in his character Scrooge whose purpose in life was the accumulation of wealth. In this process of building his wealth, he built a prison for himself. Scrooge shut God and others out of his heart and out of his life. He turned into a miserly, pathetic creature. All of his actions were governed by the question: “What’s in it for me?”

It is interesting to discover that people in the Old and New Testament generally have this same attitude—what’s in it for me? If I favor God with my love and devotion, what will I get in return? They were taken aback, as are we, when we discover that God is calling us to be Jesus’ disciples and to continue His work “to bring good news to the poor, to proclaim release to the captives and recovery of sight to the blind, and to let the oppressed go free.” (Luke 4:18)

Jesus came to redeem the world. He deals with our souls and pride. He wants to conquer the evil that exists in our hearts and minds. He highlights the differences between the material and spiritual world. Love of the material world separates people from each other and from God. Love of God brings people into communion with God and each other.

Jesus is Emmanuel—God with us. God’s incarnate entrance into our world is as a human baby. Babies are the most helpless of all God’s creatures and the most dependent on others for care and survival. God comes to us in love and in total vulnerability. God is telling us that God refuses to use His power to dominate us and to force his love upon us and to expect reciprocal love in return.

Jesus once said that “Foxes have holes, and birds of the air have nests, but the Son of Man has nowhere to lay his head.” (Luke 9:58) Perhaps what Jesus wants us to learn is that the world is a transient place, a temporary residence. Life in this world is a continual round of birth and death. Jesus’ birth signals the end of one era of time and the beginning of another. Yet, if we take even a superficial look at our society, we wonder whether Jesus’ birth has had any lasting impact on it. Historically, it has. Human life and needs are valued by our society. But today, we are experiencing changing moral values, declining spiritual beliefs, and shifting ideas about the worth of human life. Much of life has become anchorless and rudderless. We are cast adrift.

I suggest that we should not be discouraged about the age we live in. Our times are also times of great opportunity for God’s people. The time has come for people to find out what life is all about by becoming Jesus’ disciples, by adding a vertical dimension to their lives, and by overcoming any barbed-wire sickness that robs the spirit of its eternal dimension.

We are invited into Jesus’ world and are expected to continue His work in the world.