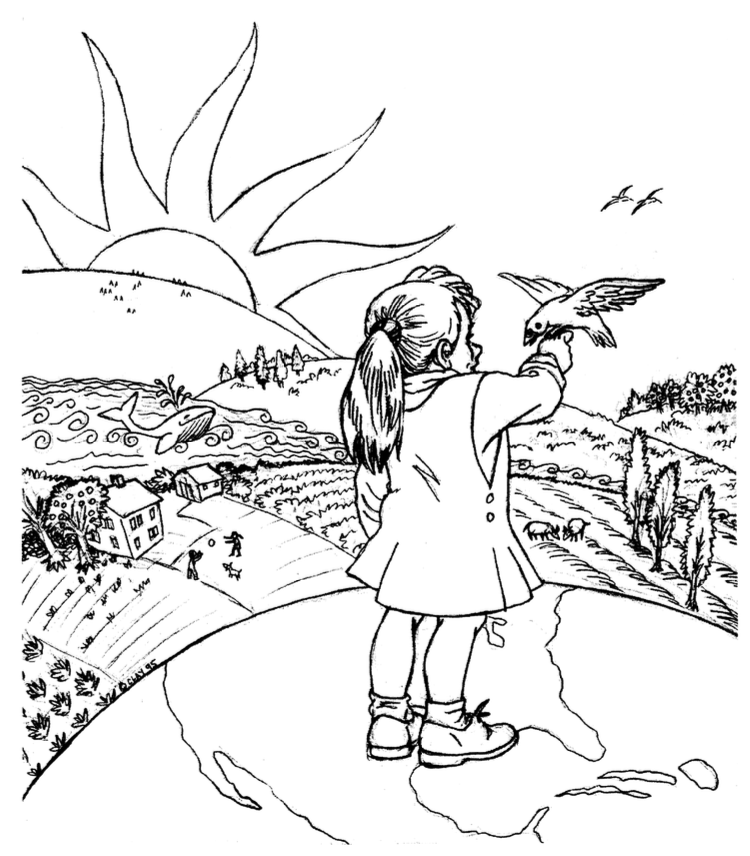 Children see things we cannot see. When they are young, they are closer to the ground and have not trained their minds as most adults have to shut out observations and appreciation of parts of the universe. Children, if they have not been anesthetized by television, iPad, iPhone, and other media, spend much of their time in wonder. They see their world as one big place for exploring, to roam through without any pressure of time, to jump from one interesting observation and thing to another. Their growing muscles keep their bodies on the move. They are in perpetual motion. Their minds are creating universes that exist partly in this world and partly in another world.

A good illustration of what could happen if we are not attentive to a child’s world happened on May 28, 2018, in Paris. A father had left his four-year old son alone in his fifth-story apartment while he went shopping as well as stopped to play Pokemon Go. Meanwhile, the boy had wander out onto the balcony of their apartment and had climbed over the railing and hung precariously from it. Below, a crowd quickly formed. Then a 22 year-old undocumented immigrant from Mali, Mamoudou Gassama, scaled in 30 seconds the building from balcony to balcony and rescued the boy. President Macron met with “Spiderman” and offered to begin his naturalization process as well as give him a job as a fireman.

As our children’s world opens up to them, explore it with them. Try to see their world through their eyes. Marvel with them at this wonder. Tell them how God made this world and how we should live in it and protect it. Keep everything we do and say simple and uncomplicated. Examine with them the beauty of a flower, a butterfly, a stone, a seashell, and other wonders. Then tell them that you thank God for giving us such treasures.

Children’s initial education is through their senses with the help of their motor muscles and nerves. They need to see, touch, hear, taste, smell, and sometimes put into their mouths or caress most everything in their environment. Encourage this education of their senses. It should be a life-long process. It is right-brain activity and an important part of learning about life. But do not leave them unattended.

Instead, share and enjoy these marvelous wonders and teachable moments with children.