Will history repeat itself? Will Pharaoh Putin succeed in enslaving and slaughtering the Ukrainian people and take over their nation? 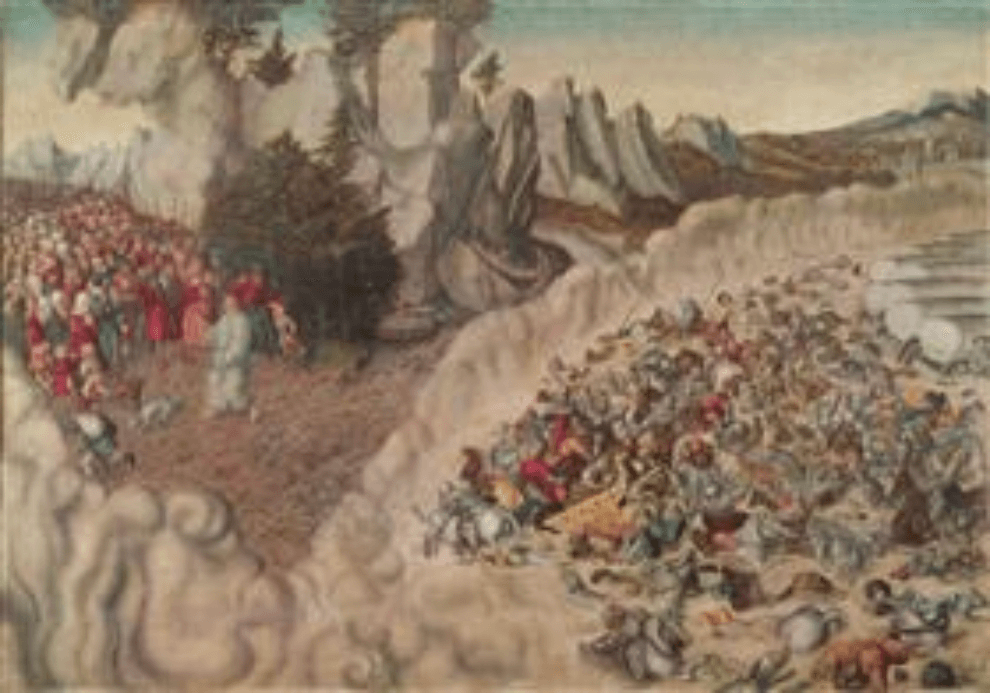 Moses Zelensky and citizens are standing firm against Pharaoh Putin. It took 10 plagues for Pharaoh to release the Israelites from their slavery. When Pharaoh changed his mind, he sent his army after the fleeing Israelites only to be swallowed up in the Red Sea. (Exodus 14)

A few months ago in a video address, Moses Zelensky called for peace talks with Russia whose casualties already outpaced those of Iwo Jima, the Iraq and Afghanistan War, and Pearl Harbor. At that time, the Ukrainian military estimated that Russia “lost 19,500 troops, 725 tanks, 1,923 armored vehicles, 347 artillery systems, 154 aircraft, 137 helicopters” and significant other weapons. As of this writing, it is believed that there are more than 30,000 dead and 40,000 wounded Russian soldiers.

I want everyone to hear me now, especially in Moscow. The time has come for a meeting. It is time to talk. The time has come to restore territorial integrity and justice for Ukraine. Otherwise, Russia’s losses will be such that it will take you several generations to recover.

Alan Moore is his book V for Vendetta sums up everyone’s responsibility against their oppressors. He writes:

Since mankind’s dawn, a handful of oppressors have accepted the responsibility over our lives that we should have accepted for ourselves. By doing so, they took our power. By doing nothing, we gave it away. We’ve seen where their way leads, through camps and wars, toward the slaughterhouse.

George Orwell in his book 1984 writes that no one ever seizes power with the intention of relinquishing it. Therefore, I cannot believe that Pharaoh Putin will back down. He is a predator. Nor can any promises he makes be trusted. He needs to be tried for war crimes against humanity because he has targeted civilians and their homes, nurseries, hospitals, defiant Russian “traitors” who do not submit to Pharaoh Putin’s propaganda machine, etc.

Let there be no more Russian false flags for aggression and deadly carnage. Let us all hope and pray that Pharaoh Putin’s army will once again be swallowed up and/or put down their weapons so that the Ukrainian people can live in peace and flourish on their land.

I pray that sanctions against Pharaoh Putin and his supporters will bring peace and justice to the Ukrainian people and neighboring countries.