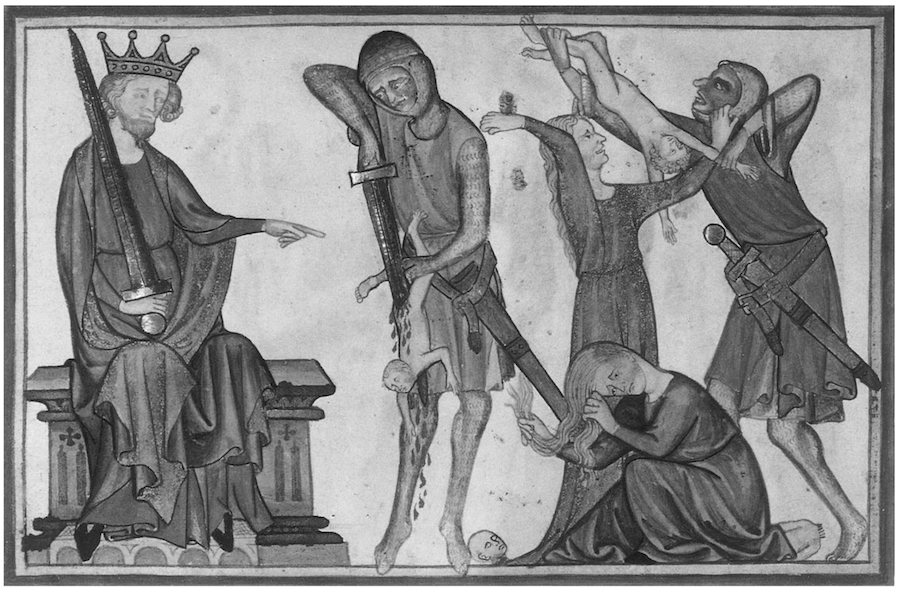 Today, many Ayatollahs, Mullahs, some Christian leaders, cult leaders, and national and world political leaders say they are speaking for God and what God expects of their followers. It is interesting that these supposed absolutists’ messages from God are so different and contradictory.

The absolutists thrive in dangerous times. Insecure and afraid people who desperately want to be right seek out the absolutists who create a fortress mentality for their followers. After a while, the absolutists have to have absolute enemies: the rich, the people of color, the Protestants, the Catholics, the Jews, the Muslims, the atheists, the imperialists, the politically correct, etc. The absolutists mind loves censorship, book burnings, ostracism, and excommunication. Self-righteous hate unifies their ignorant herd mentality.

The absolutists offer easy answers to a great many human problems for which there are no easy answers. I believe God wants us to struggle with political, religious, social, and world issues. It is interesting to watch those for and against political issues in our country. Many chant their slogans and act as a cheering section at a football game. Instead, times of struggle should be times for spiritual growth, understanding and tolerance of each other. Quick glib solutions which are offered to perplexing problems is nothing short of quackery and harmful to all.

The major difference between religious and political absolutists and Jesus is that Jesus was never coercive, never resorted to force. Jesus allowed others to have the dignity to differ. Jesus loves us whether we do His will or not. Absolutists tend to be incapable of real love. Those who love others do not force their rule over them. Instead those who love do as Jesus did by giving His life in love to others.

As thinking Christians, we need to keep in mind three points.

1. It is imperative to be aware and educated about what is happening at home and abroad; i.e., we are living in a time when the paranoid, absolutistic mind is spreading and tries to capture us in their web. We cannot allow absolutism and those with absolutistic minds capture and control us. No good can come from it. Absolutism is found in embryonic form in single-issue politics. It is found in gender and white supremacist issues of superiority. It is found in be-saved or be-damned religion. It is found in sinister terrorists groups, holy wars, dictatorships, and authoritarian rule.

2. As Christians, we need to be aware also that absolutistic minds are a peculiar perversion and double temptation in religion simply because those who say they speak for God equate God with their own platforms. They falsely say they are in partnership with God. Nothing is worse than to make God into our disciplinarian and source for our authority. God does not give us that authority.

3. As citizens of the United States, we are under an obligation to join hands with everyone who believes in the Bill of Rights and who accords other people the dignity to differ without retaliation. Reasonable, thoughtful discussion, and debate are essential to the resolution of complex problems. Browbeating, unified opposition, and condescension have no room in these discussions.

So do not let absolutism and those with absolutistic minds capture and control us. Beware of the peculiar perversion and double temptation absolutists have in religion. Accord people their rights under the Bill of Rights.

Call out governments that do not allow free speech. They persecute and imprison opponents on trumped up charges for challenging authoritarians and dictators.

· What are your thoughts about absolutism?

· With so much disinformation, whom do you trust/distrust and why?

· How does power corrupt?